Competition was fierce at Hogbody’s Grill on Del Prado Boulevard Saturday, as the top two contestants in the restaurant’s first ever wing-eating contest faced off for the distinction of top-wing eating champion.

Miller clearly had home court advantage on Saturday, as patrons cheered him on, waving homemade signs plastered with Miller’s face.

According to Miller, he was once ranked 23rd in the world on the professional eating circuit. He cited downing 34 ears of corn in just eight minutes as one of his highlights.

Miller said he really wanted to participate in the contest because it was benefitting Hope Hospice. His mother passed away in early June. And before her death, she stayed at Hope Hospice.

“When you go to Hope, they are just great, just really good people,” Miller said.

“They took great care of my mother, and I just wanted to give something back.”

That was the exact intent of Hogbody’s owner, Debbie Jordan, who said the restaurant is going to start doing fundraisers for local charities and other organizations on a regular basis.

She added that Hogbody’s had been wanting to do a wing eating contest for quite some time, and it made perfect sense to help out Hope Hospice in the process.

“I said, a wing eating contest sounds like fun, but let’s do it for a reason,” Jordan said. “We’re selling cookies, we’re washing cars, we’re doing anything we can do to get money for Hope.”

Miller eventually bested Brewster in the so called ‘Wing Off’, eating two pounds, 2.9 ounces of wings in just five minutes.

Brewster, who signed up for the contest because it was “just something to do”, thought there might be some controversy in the final ‘Wing off’ tally. He ended up eating one pound, 10 ounces of wings. 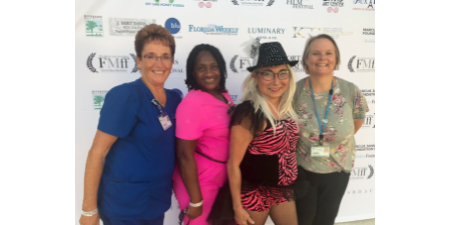 Calendar Girls: A Sisterhood of Support and a Hopeful Wish 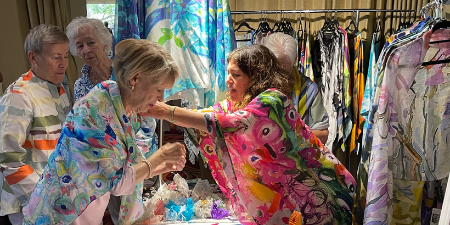 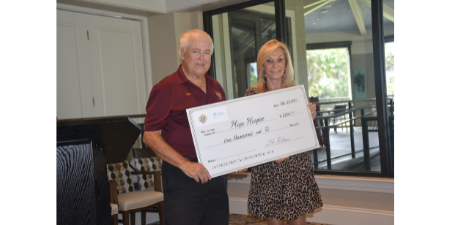